The Way I See It: Laurent Simon 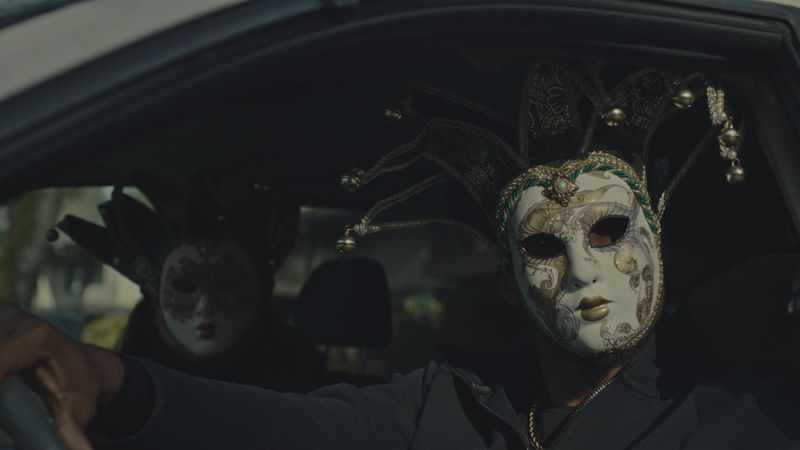 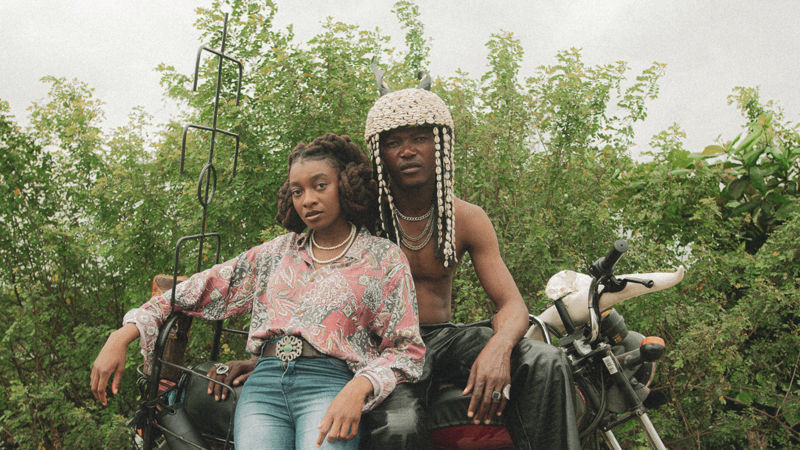 I was born near Bordeaux, in the lovely wine region of Saint-Émilion. My dad was in the army so we lived in various places. Being raised by an army officer has shaped the way I think. He was a man of few words, but when he opened his mouth, he was spot on.

We work in an industry that’s so polarising. There was a poll a while ago that showed we’re even less popular than estate agents. That tells you everything you need to know.

Dad always gave me the same advice. ‘Hard training, easy war’. It’s about being able to plan for what’s to come when that situation arises – whatever the challenge. Then there was: ‘Lead from the hill, the trenches and the front line’. It’s about being where it matters. There are times you need to see the bigger picture, times to be among it all, and times when you have to lead by example. That’s shaped the way I work.

A lot of my family were or are involved in politics. It’s had a profound impact on me and how I want the work that we do to contribute [to society].

We work in an industry that’s so polarising. There was a poll a while ago that showed we’re even less popular than estate agents. That tells you everything you need to know.

John Lewis – The Bear & The Hare 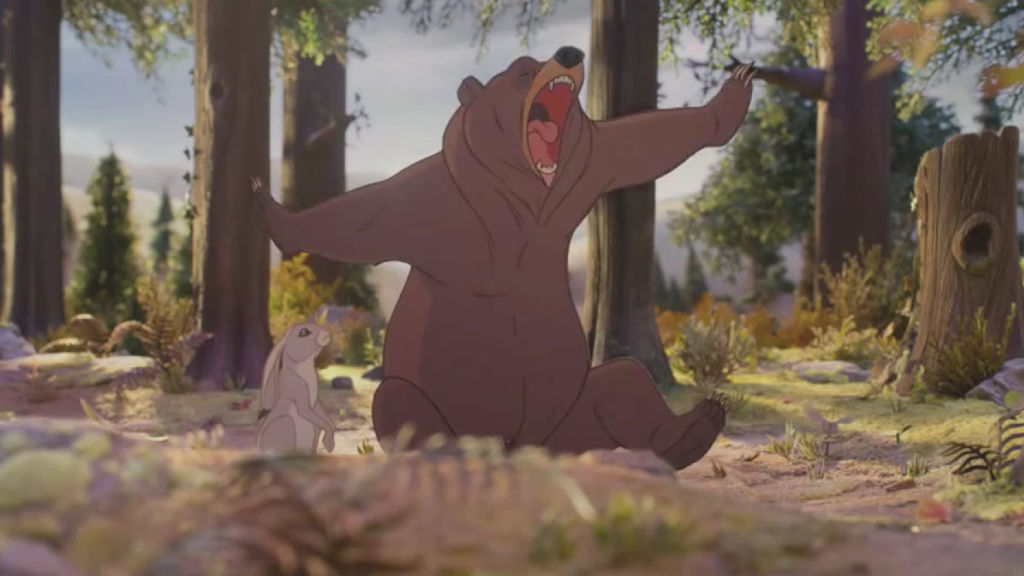 Above: The Bear & The Hare of 2013 set the bar for subsequent John Lewis ads.

It's important to make sure the work always comes from a good place. If you have integrity in what you do, that integrity will show, and people will welcome it and appreciate it; consciously or unconsciously.

When I was in primary school I was with the same group of kids day and night. One of the parents was a graphic novelist – she was always drawing. I’ve always drawn because it’s something I saw people around me do.

My grandmother on my dad’s side loved opera and classical music, and she wanted me to experience that – it was transformative. To this day, I still think opera is the best artistic expression. I’m pretty sure people watching it today experience the same emotions felt hundreds of years ago. There’s something timeless about it. 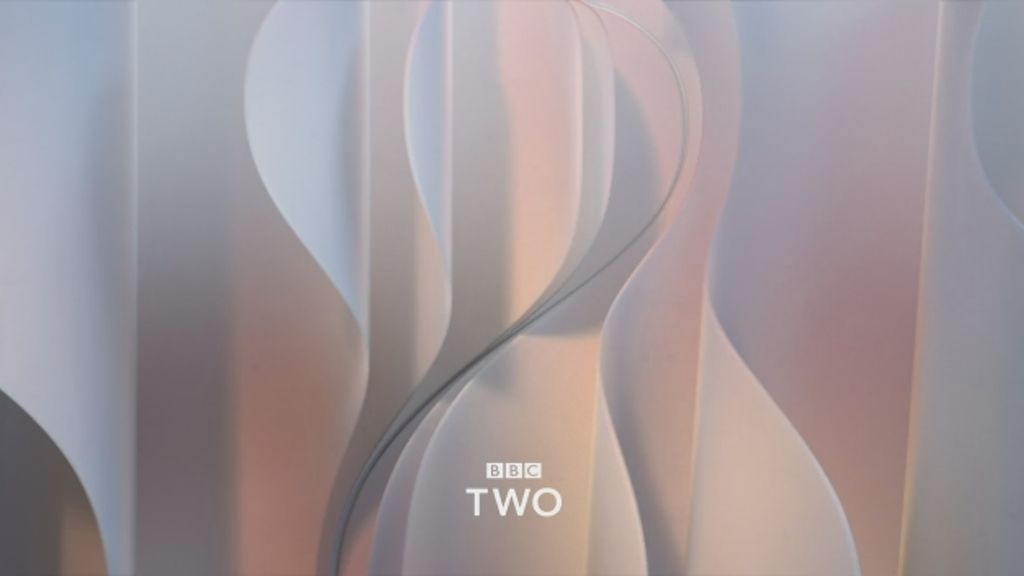 I did a placement in Paris [an internship at CLM BBDO] for a few months, and really enjoyed my time there, but the big hubs were London and New York. I didn’t fancy New York because I am European at heart. I did the Watford ad course, led by Tony Cunningham. That was such a formative time. When you’re being taught what good looks like, it helps, right?

Doing something that is also well-liked by regular people is a nice thing.

When you start out a creative partnership is essential. You may have fifty voices and 100 eyes in front of you, so it’s less daunting when you have a teammate. And it helps define your creative identity. Just as you grow older, you find your feet and find your identity as a person, it’s the same for creativity.

It's important to make sure you and your teammate are both heading in the same direction. What makes a team interesting, and stronger, is that the two people are different and go about things in different ways, but they want the same thing.

The Metropolitan Police – Who Killed Deon? Above: Multi-award winning anti-knife crime PSA for the Metropolitan Police.

My first big break was a campaign for the Metropolitan Police, called Who Killed Deon? That got a lot of traction; a lot of awards domestically and internationally, for myself and my creative partner Aidan McClure. It was innovative in terms of filmmaking, and user platforms and the integration of campaigns.

Now it’s more to do with what I think, rather than what other people think.

I love writing, I always have. I am less good at writing than at drawing. The issue was that I couldn’t speak English. Aidan comes from a very artistic, visual family, so was naturally more inclined to be an art director. But because he spoke English, he took the writing hat and I took the art direction hat. We complemented each other, it was a case of two brains are better than one.

Winning awards makes you feel validated. It’s that simple. There’s that self belief that is always fighting self doubt, so when you get validation from your peers, that is intoxicating and reassuring. It becomes quite addictive, because you’re getting this happiness hit. Luckily, I function slightly less like that these days. Now it’s more to do with what I think, rather than what other people think.

As a creative, you are only as good as your next job. You can’t do the same great idea you had six months or two years ago. It just doesn’t work that way. That’s the very nature of the business, and on top of that you have the competition. It’s about survival, and making sure you recognition and career progression. There’s competition in this environment all the time. 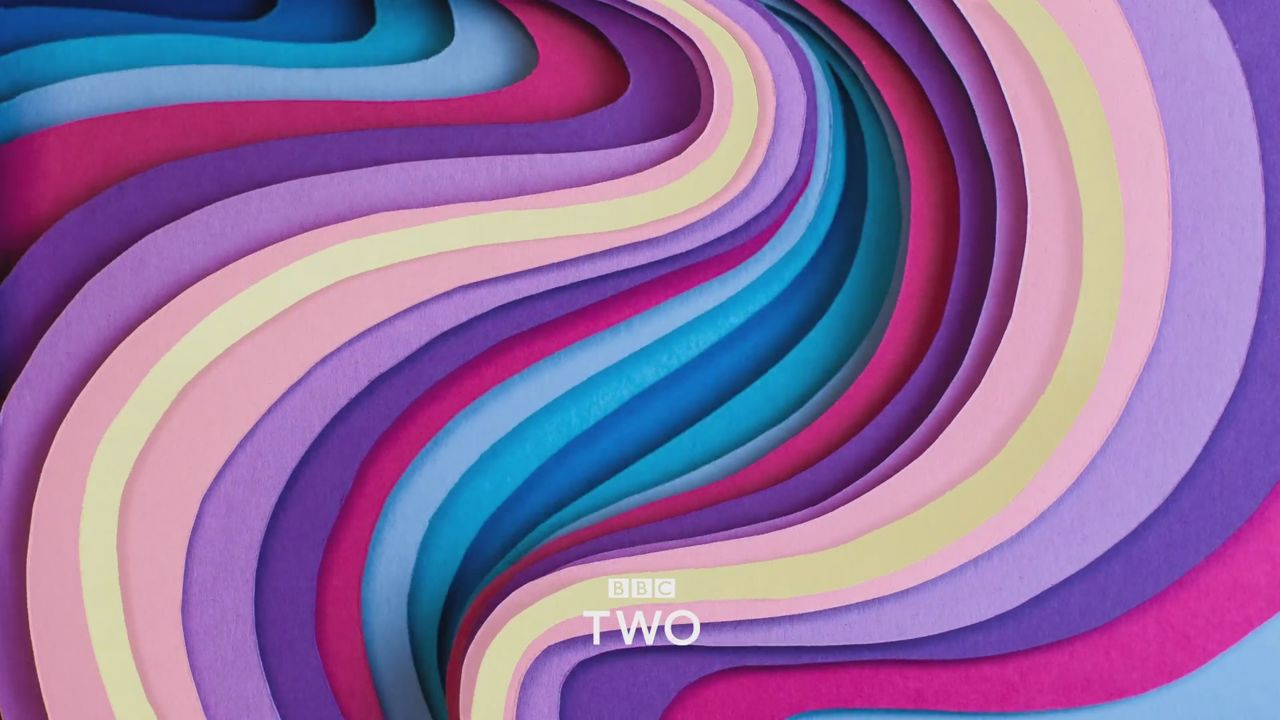 What Aidan and I brought to the table for John Lewis was to make it a holistic response, so regardless of where you were, if John Lewis was there, it was the same thread, the same creative, the same messaging. It was one of the biggest things Aidan and I did as a team. And that basically defined the model for the subsequent campaigns.

Christmas is the one time of the year when people are more receptive to advertising. So doing something that is also well-liked by regular people is a nice thing, and it’s even more satisfying because they literally have no interest in what you do, none whatsoever, so the fact that people respond, that’s success.

The BBC is meant to be for everyone, including the people who hate it.

With the John Lewis campaign, what I am most proud of is getting the Grand Prix for Effectiveness. It means that everything you’ve done from a business, a strategic, creative, production, delivery and media perspective, worked superbly.

Prizes are generally a good thing, because anything that champions ‘good’ is good in my books. Any support, any celebration, whatever it is. 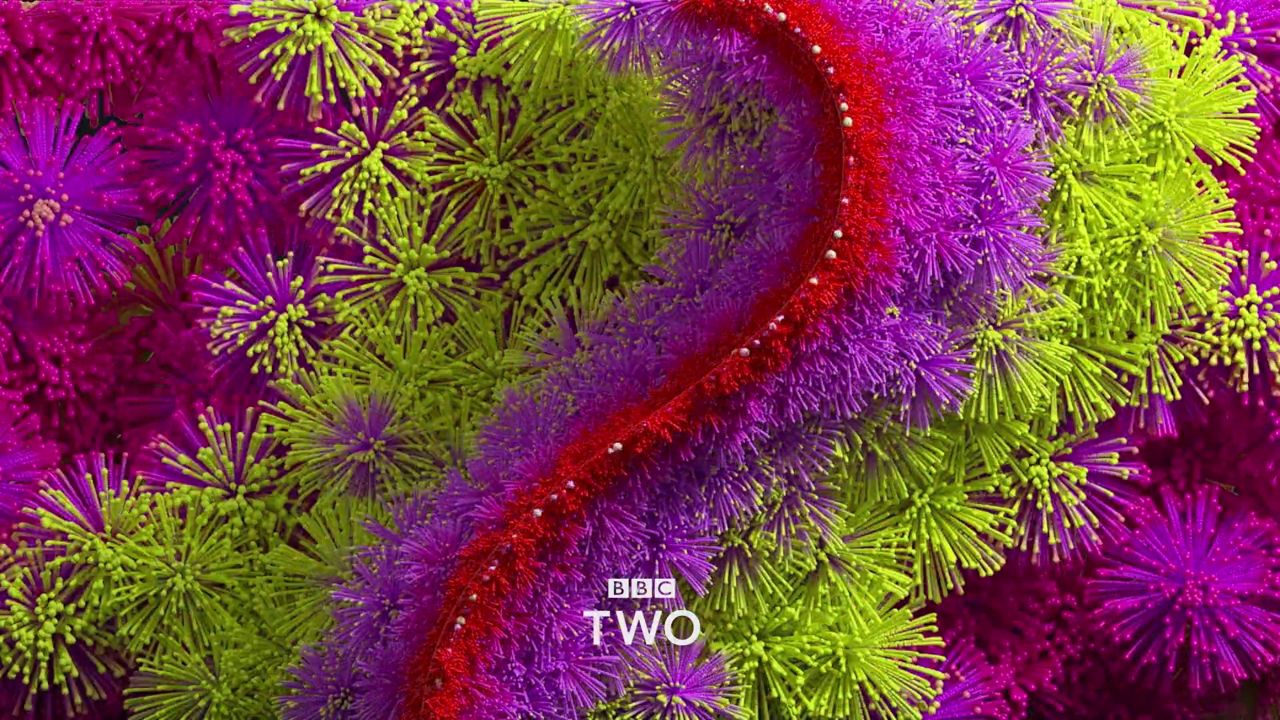 The BBC2 idents are a fantastic example of pure design. There’s thinking and strategy around it, and you know that you can’t get it wrong, because the previous ones have been so good, and you think, ‘what can I do that will have the same footprint?’.

My task at BBC Creative was to help people understand the value of the BBC. So let’s promote it, make it more relevant. The BBC is meant to be for everyone, including the people who hate it.

There was a time where all you had to do was fill in a rectangle, and come up with a poster or a script. That time is long gone.

As an ECD, you still get to use your creativity, but you also have to apply creativity to talent, culture, recruitment, business. It’s problem-solving, but applied to a much bigger canvas, with other teams,  colleagues and clients, and professional partners.

During the pandemic, these offices were empty for a long time, but now it’s just nice to be in contact with people. I’m so glad we’re not in that situation anymore, because it’s bad for everyone. Virtual is much harder; it's counter-intuitive to what the creative process is.

The creative processes is anything but structured. Half the time, solutions or ideas come up because you literally bump in to someone. You don’t have to put a meeting into a diary. The immediacy and the transfer of information and inspiration is much, much faster in person. It's much more productive. 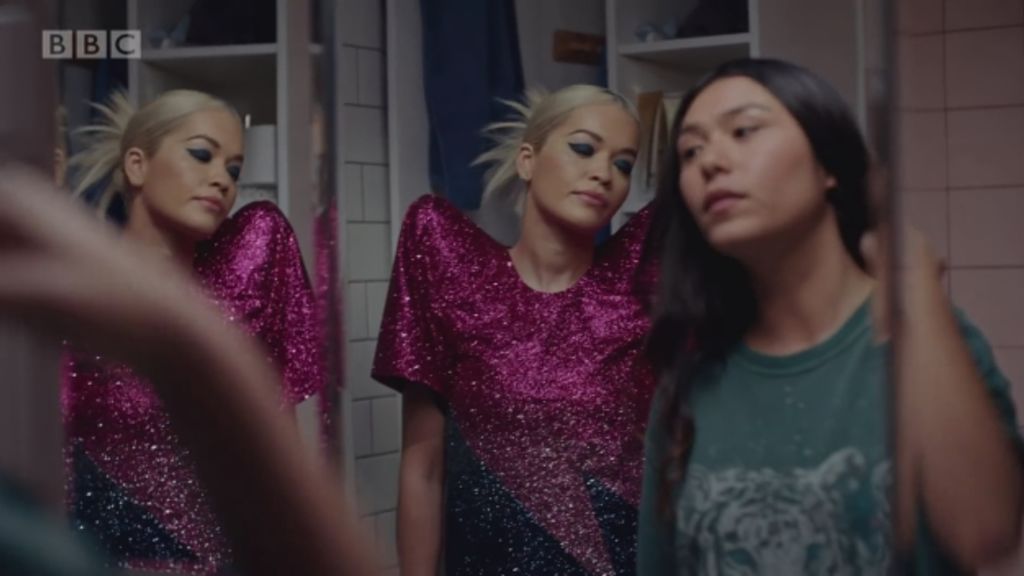 There have been massive changes since I started, but the competition element is still the same. What has changed is the complexity of it.

Without relevancy you don’t have saliency.

Another thing that has changed is the diversity of the people who are now allowed [into the industry] and allowed to have a voice. A client may come to you and say, my brand is not relevant enough. It's a problem you hear in different guises – without relevancy you don’t have saliency. Having people with different life experiences means they will come at it from other perspectives. And half the time having that different perspective is what gives you the shift to find a new way in. 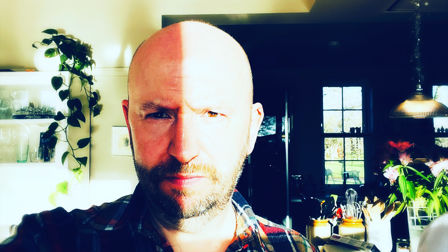