Why friction can help smooth your path to success

Kalle Hellzén, Chief Creative Officer at 180 Amsterdam, highlights the power of friction to force marketers out of auto pilot because, when you optimise for the average, you create for no one.

Friction. It’s what keeps our feet on the ground and our cars on the road. It keeps our eyes glued to the screen and our fingers reaching to turn the page.

Yet, when it comes to marketing, we tend to fear friction. Our industry is obsessed with making the route from A to B as smooth as possible and removing any friction which may cause the audience to slow down or think. But when we prioritise optimisation above all else, we risk rendering the world vanilla, producing stuff that is all-too forgettable.

But when we prioritise optimisation above all else, we risk rendering the world vanilla, producing stuff that is all-too forgettable.

In his book The End of Average, Todd Rose recounts how, in the 1940s, the United States Air Force had a problem with pilots being unable to control their planes. But the issue wasn’t with the pilots’ skills, it was that the cockpit had been designed according to the proportions of the ‘average’ airman.

The researcher Gilbert S. Daniels had compared the measurements of over 4,000 pilots according to the average of 10 different physical dimensions, yet not a single person fit within the average range on all 10. In fact, less than four percent of pilots were average sized on even three of the 10 dimensions. The seemingly logical decision to produce a standardised cockpit had resulted in 17 crashes in just one day. When we optimise for the average, we create for no one. 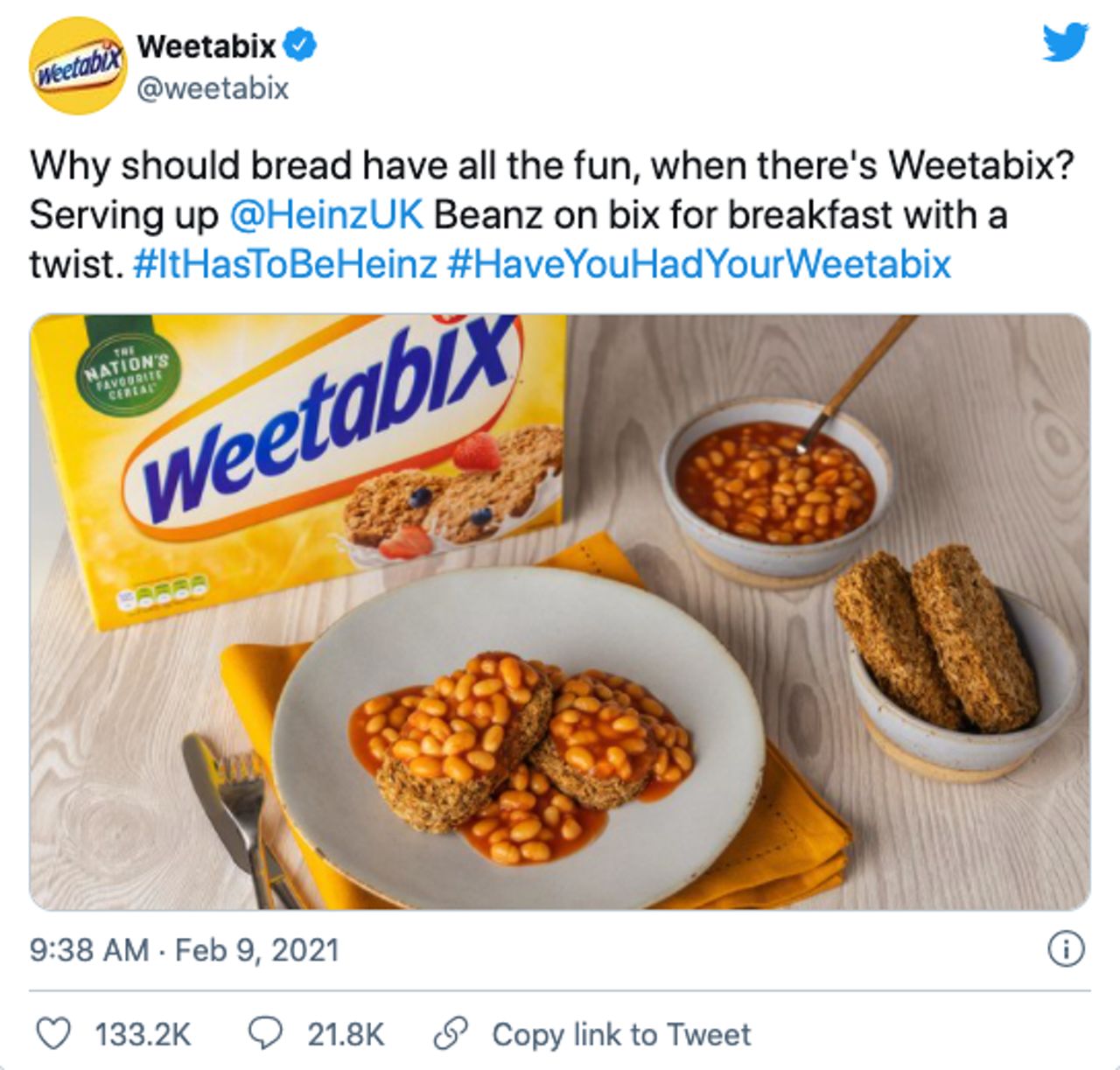 Above: Weetabix and Heinz Baked Beans used an image that generated a lot of friction on social media and propelled both brands into the spotlight.

Friction forces us out of autopilot: it makes us stop and think and feel and laugh and love and cry. Frictionless marketing is devoid of substance, promising platitudes rather than real insights. Friction adds value beyond that of the actual product or service, improving both the quality and the perception of the quality of an experience. We’re more likely to be engaged with something that challenges us, and we tend to feel more satisfied with the outcome. It’s the IKEA effect: people attribute greater value to something they’ve contributed to making, especially when the process has been a struggle (trust me, I’m Swedish, I would know) .

It’s the IKEA effect: people attribute greater value to something they’ve contributed to making, especially when the process has been a struggle.

The co-existence of contradictory viewpoints can generate creative friction, and this is an essential ingredient of both novel ideas and future-forward companies. Diverse workplaces are vital if we are to innovate because fresh perspectives don’t come from narrow sources. Closed environments eliminate the potential for coincidence, those chance meetings of minds which might develop into life-long collaborations or produce decade-defining work.

Some of the most exciting ideas emerge from friction, as illustrated by the increasing popularity of surprising brand collaborations. From Vetements X DHL to Crocs X KFC, to the Weetabix collab with Heinz Beans, which generated so much heat it almost melted the internet, friction makes us sit up and pay attention. 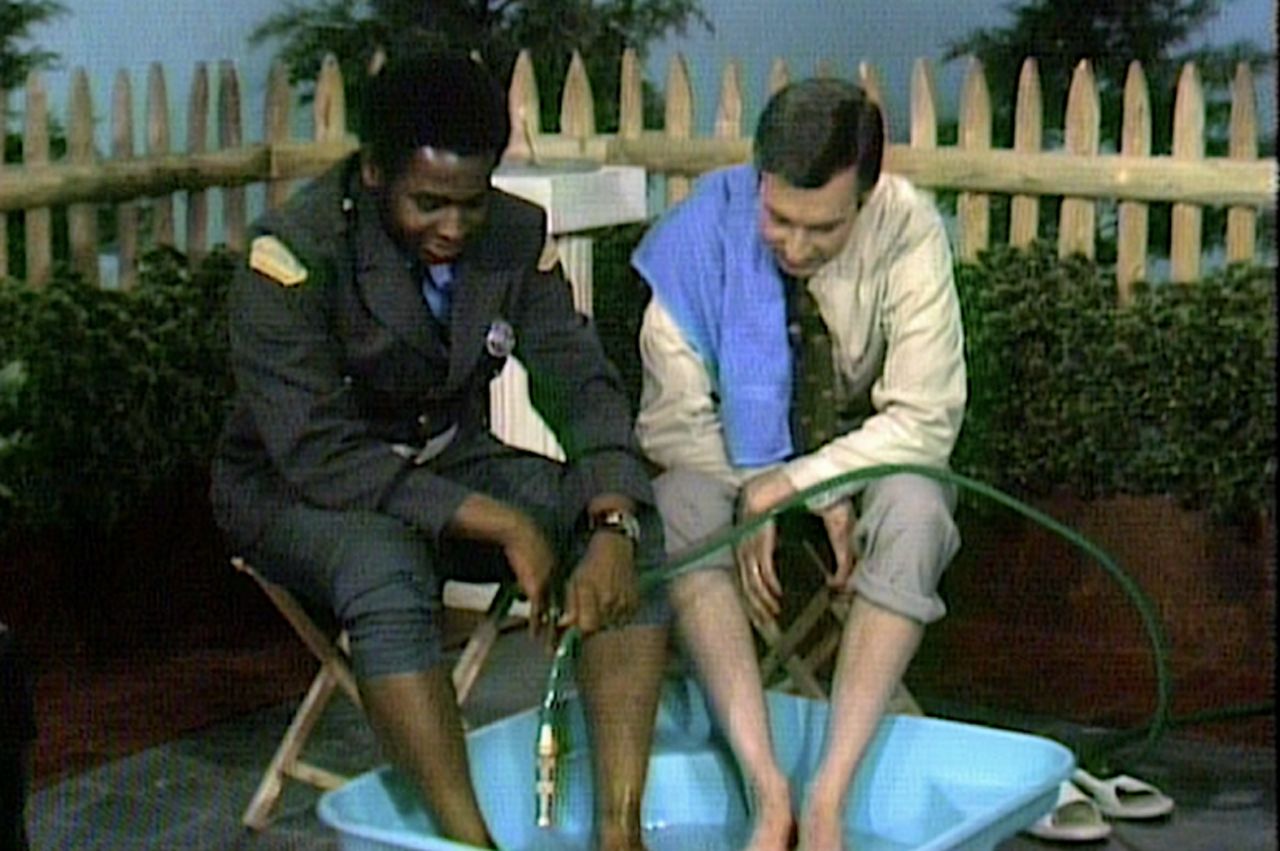 Above: A 1969 episode of Mr Rogers' Neighborhood deftly touched on the civil rights movement in a segment that embraced friction for a positive outcome.

Good friction is disruptive; it can provoke discussion to change people’s minds and incite action to change the world. But sometimes the best use of friction is the most subtle, generating warmth, rather than wildfires. In the iconic American children’s show, Mr. Rogers’ Neighborhood, Fred Rogers delicately addressed difficult issues, using the friction of tough topics discussed in the setting of a children’s show to challenge, and change, social norms.

Good friction is disruptive; it can provoke discussion to change people’s minds and incite action to change the world.

In the 1969 episode, Won’t You Be My Neighbor?, Mr. Rogers invites the local ‘police officer’, played by African American actor Francois Clemmons, to join him cooling his feet in a paddling pool. The act was small but radical. At the time, although the 1964 Civil Rights Act had officially desegregated public facilities, racial segregation meant that Black and white people were not allowed to swim in the same swimming pools. Fred Rogers used the socio-political friction of the moment in order to dismantle it, subtly yet provocatively indicting racist attitudes, while kindling warmth where others might find outrage.

There’s a lot that we in the marketing industry can learn from Mr. Rogers: that it’s okay, even desirable, to create things which make people stop, think and feel; to invite other viewpoints in order to gain fresh perspectives; and how understanding the undercurrents of society allows us to be quietly radical. Sometimes just igniting a match is enough to light up a stadium.

In 2010, director Matt Ogens filmed a piece for Toyota at the Maryland School for the Deaf. In 2021, his 40-minute special premiered on Netflix, this time following a new deaf student-athlete and his journey into adulthood.

“At my signal, unleash hell”: Why industry outrage is pointless without action

Social shaming and online outrage are this century's bloodsport. Fingers are pointed - sometimes erroneously - and behaviour is dissected but, argues Amy Kean, without action after the indignation then it's all pointless.

Tom McGirr, Head of Strategy at The Wild, reflects on the England football team's recent Euros defeat, the racism that followed it, and what advertising can do to counteract such behaviour.

LA Ronayne gets her teeth into the Sharks

This year the Shark Awards is back and calling Brighton home for the time being. We speak to jury president LA Ronayne about the importance of industry gatherings, the standard of pandemic-era work and why you need to lean into the stuff you love.