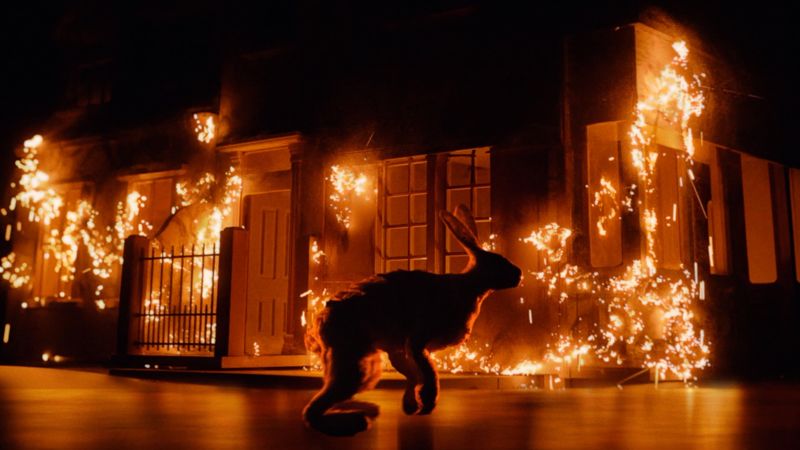 What was the brief you got from the client and did you immediately know how you wanted to approach it?

The client wanted a branded film told through the lens of a young Frank Gehry. The seed of their brief was for the film to feel semi-biographical (though not entirely, since it is obviously set in modern times).

The goal was to celebrate the real Frank Gehry’s homecoming.

The goal was to celebrate the real Frank Gehry’s homecoming - this renowned architect, who has made his mark with buildings all around the world, finally coming home to build the Forma buildings in Toronto. 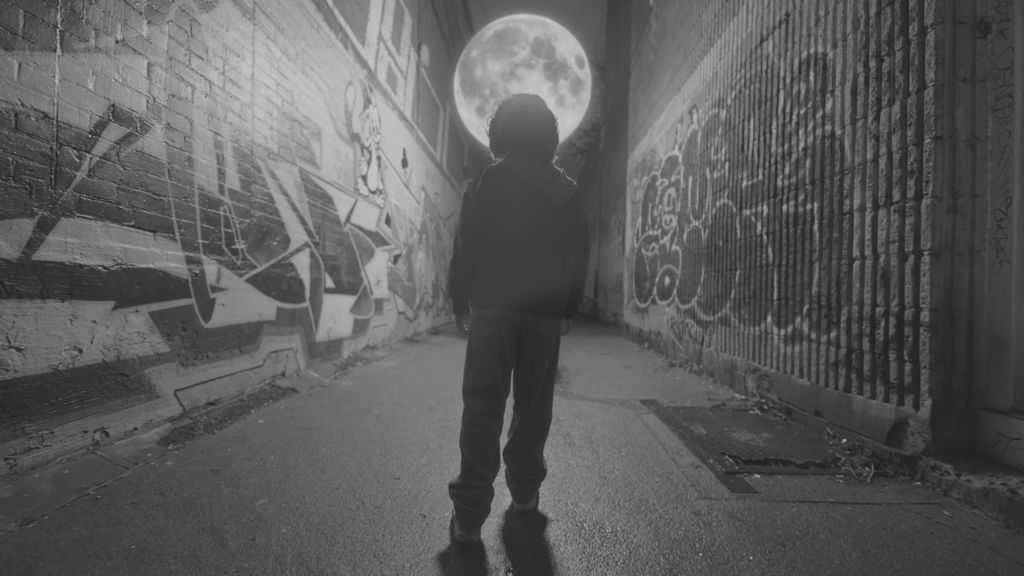 Above: Nez's film for Toronto's Forma buildings, The Boy and the Moon.

As for how I wanted to approach this creative, I had some core intuitions that I knew immediately, and I tried not to compromise on those. First and foremost, I knew that I wanted to shoot this film in black and white. Second of all, I knew the moon needed to have a personality, and getting that right was a pillar that the film would either live or die by.

I knew the moon needed to have a personality, and getting that right was a pillar that the film would either live or die by.

And, lastly, I knew that we needed to further develop the boy’s journey with the moon. Beyond befriending the moon, the moon needed to take the boy on a journey, one in which little Frank end up seeing the world in a way that no one else sees it. This is how our ending came about. It was important to me to have the moon take the boy above the skyline to give little Frank a truly unique perspective.

What was the inspiration for the film?

A big reference and inspiration for this piece was the Oscar-winning short film: The Red Balloon, specifically the relationship between the boy and this anthropomorphic character. 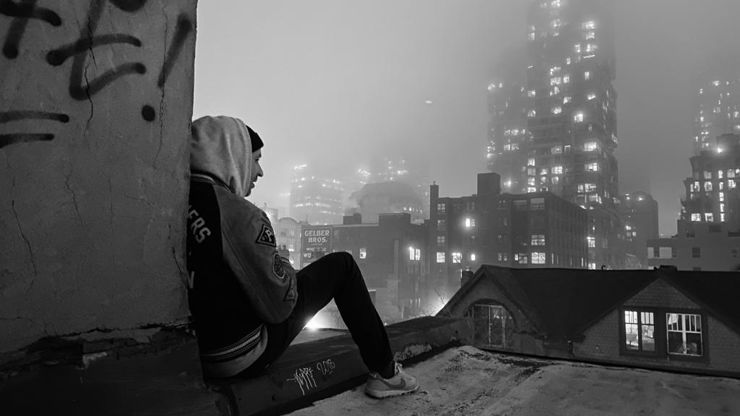 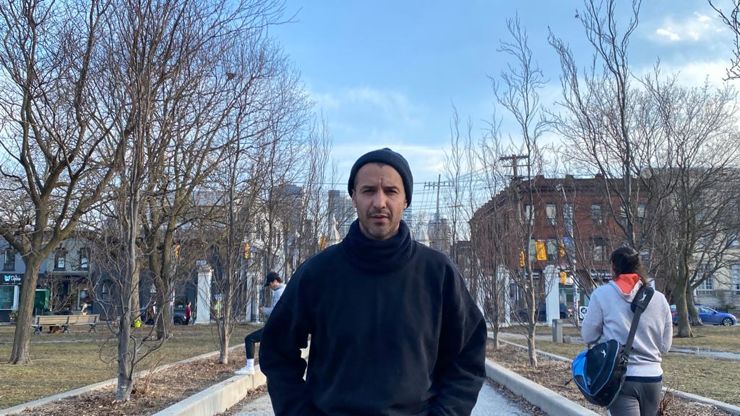 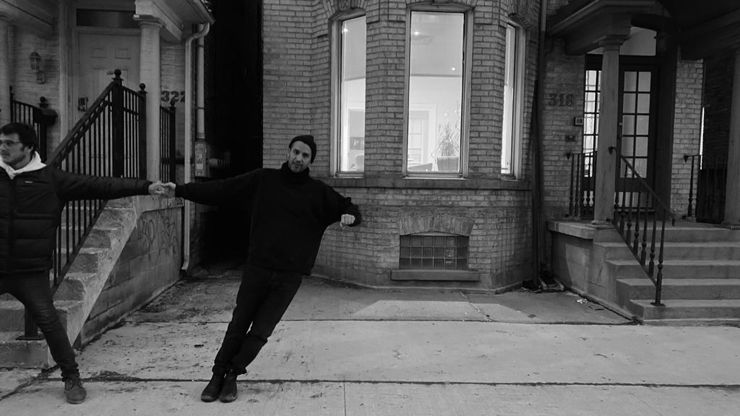 Above: Director Nez on location.

Why did you decide to shoot in black and white?

Black and white instantly removes you from a grounded reality and places you in a more artistic and unique world, especially with an anthropomorphic character such as the moon. Shooting in black and white further tugs at your imagination, and I had never seen anything like that.

Black and white instantly removes you from a grounded reality and places you in a more artistic and unique world.

There is just something about a black and white that instantly puts you in an arty kind of world, a slightly heightened reality. It also lends itself well to an archetypal fable or that myth-like feeling. Plus, black and white, I felt, would elevate the journey through Toronto, making it lyrical and memorable, and brining a harmony to the environment. Above: Behind the scenes of The Boy and the Moon.

The young boy is amazing; where did you find him and what made you realise he was the right person to cast?

The young boy’s name is Hawthorne Fowler. We found him through a casting director in Toronto. Funnily enough, he had never acted before. In fact, he is a gymnast. I was really keen to find someone who could bring a certain physicality to the role. Boys at that age are really starting to come into their body and their natural rhythms and, because of that, they can sometimes come off slightly awkward physically.

I was really keen to find someone who could bring a certain physicality to the role.

Our casting director found Hawthorne, and his first tape really was just a lot of flips and tricks. It was clear he knew how to be in his body and emote physically but it wasn’t until I met him and worked with him that I was able to really see how brilliantly he took direction.

Can you tell us a little bit about the creation of the moon; is it all VFX/ in-camera, or a mixture?

It’s a mixture. All the texture you feel on the moon was created in post. But, we did have a few moments where we built a version of the moon and puppeteered it into frame, more as a reference for lighting and eye lines. When the moon was lit up, we actually used a lantern attached to a rod that someone would run with so that we could capture a real interaction between the lighting and the elements around the moon. Above: The young star of The Boy and the Moon, Hawthorne Fowler.

The score is beautiful; who worked on that and how did you explain what you wanted as a soundtrack to the film?

The score is beautiful! It was done by Human. The truth is that we had gone through a few tracks, and different tracks really did different things to the story. In all honesty, we did a full circle when it came to the score. I was listening to a lot of Wes Anderson scores, things that were playful but cinematic, that had this slightly whimsical feeling to it.

We did a full circle when it came to the score. I was listening to a lot of Wes Anderson scores, things that were playful but cinematic.

Then we moved around and, each time, the piece took on a different meaning or feeling that never really felt right. Finally, we found Human, and I spoke with Gareth Williams, who is the Creative Director there. I sent him my original brief, and Gareth really ran with it. What he came back with was brilliant, and we didn’t really change it much after that. We really love it. 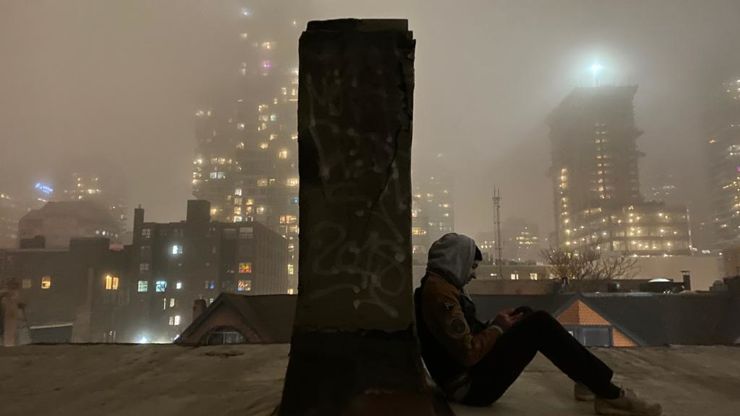 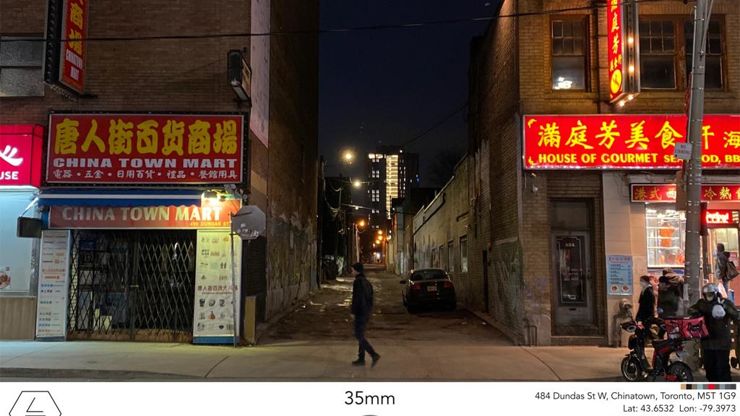 Above: More behind the scenes images.

What was the most challenging aspect of making this film?

The truth is, we didn’t have a massive budget, but we really wanted to push the concept as far as we could. I personally think that if the piece didn’t have a cinematic quality, or if it didn’t feel like a film, then it wouldn’t have worked. The charm that you feel is because we are using a filmic vocabulary. It needed that slightly fantastical feeling of cinema, and the budget didn’t really allow for that. But we gave it our best shot!

We didn’t have a massive budget, but we really wanted to push the concept as far as we could.

Also, on our last day of shooting, the weather was atrocious in Toronto. Since we were not shooting in chronological order, that really became a challenge. Rain on some days and not on the others forced us to shuffle some things around. As you can see, we ended up using the rain in our last scene, which was not planned, and so we had to add some thunder and lightning in post to thread that into the story.

The most rewarding part was working with Hawthorne. I had never worked with a kid before. Obviously, I was able to speak to some director friends of mine who had, and they gave me some good advice. But, it can be really scary taking something like this on with a kid. You can’t give direction to a kid in the same way that you can to an adult, and it was a real fear of mine. Nonetheless, Hawthorne was great to work with; it was such a brilliant collaboration, and I found that extremely rewarding.

How to cast an eyebrow-raising commercial

Edgar Wright and Leo Burnett's latest McDonalds spot is the talk of the ad-break at the moment, but how did they fill the screen with so many forehead flickers? We caught up with casting directors Emily Tilelli and Zita Zutic Konak and casting associate Bex Reynolds, from ET Casting, to find out how they assembled the ensemble.

In an emotional and enchanting labour of love, the prolific director delves into his archives to create a powerful montage that examines the darkness, chaos, beauty, and fragility of life. shots caught up with Bayer to find out more. 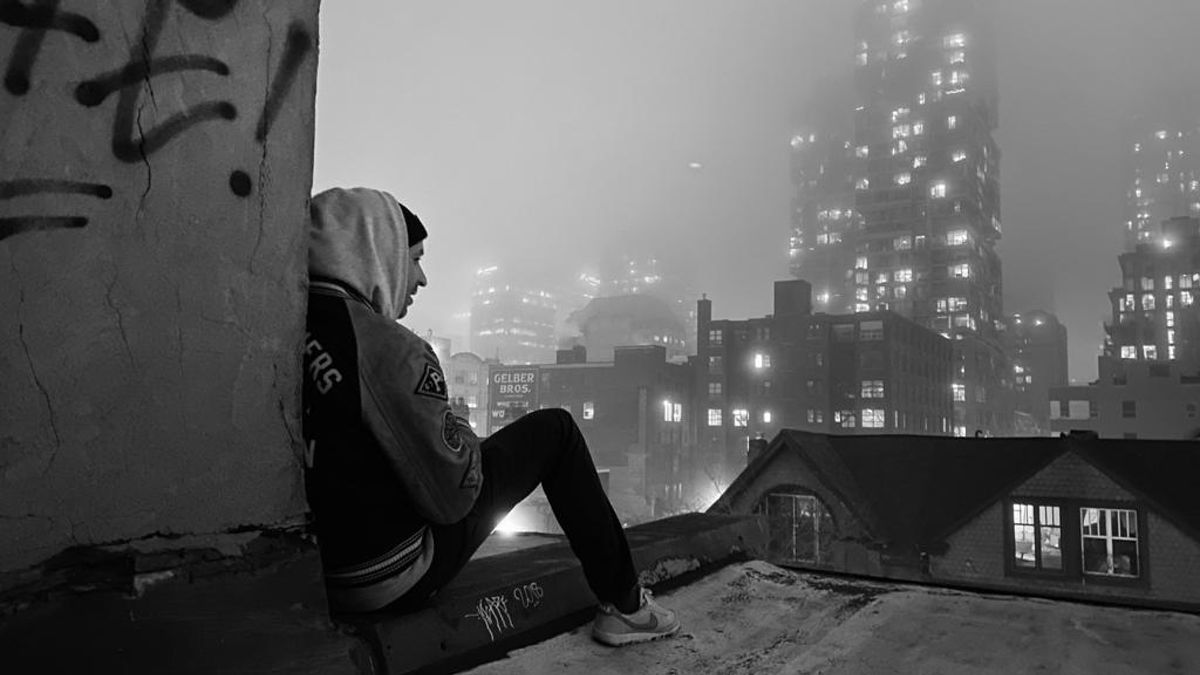