ATKPLN Art Director/Motion Designer Jackson Armstrong talks us through the stars in his particular field, and how good motion design is basically problem-solving.

Who are three contemporaries that you admire, and why?

I think that Panopoly, which is led by Simon Holmedal, stands out as a studio that is very technically minded. The overall aesthetic of their work comes from machine-generated and programmatic imagery. They craft extremely detailed technical animations and find compositions and framing, as well as distinct kinetic energy within those simulations. This approach really leads the work to be cinematic, with a discovery of the shot within a more experimental and procedural structure. It’s an interesting approach to the medium in general.

The main aspect of what we do is problem-solving. Regardless of the project and how much groundwork a client has done, there is something missing that we have to solve

The work the team at Tendril puts out at times hits a similar aesthetic, but their approach is much more grounded in animation. Their work consistently has very clean and considered animation with smooth landings and high precision. Sometimes the work has some more experimental physical explorations, but they tend to lean towards a very clean, dialed-in aesthetic with high-end rendering quality. The two different approaches play off each other very well.

As far as standalone artists, Ash Thorpe is someone in the motion design world that I really look up to and respect his work. He has a distinct talent for putting together really solid teams of artists for the unique needs of a creative project. His work in motion design is influenced by his work as a filmmaker, so it is highly cinematic. He is also interesting because while he does motion design work, he has applied those approaches to the world of VFX more than a lot of motion designers have. He has a passion for creating cinematic imagery and compositions, which is very evident in his motion design work. 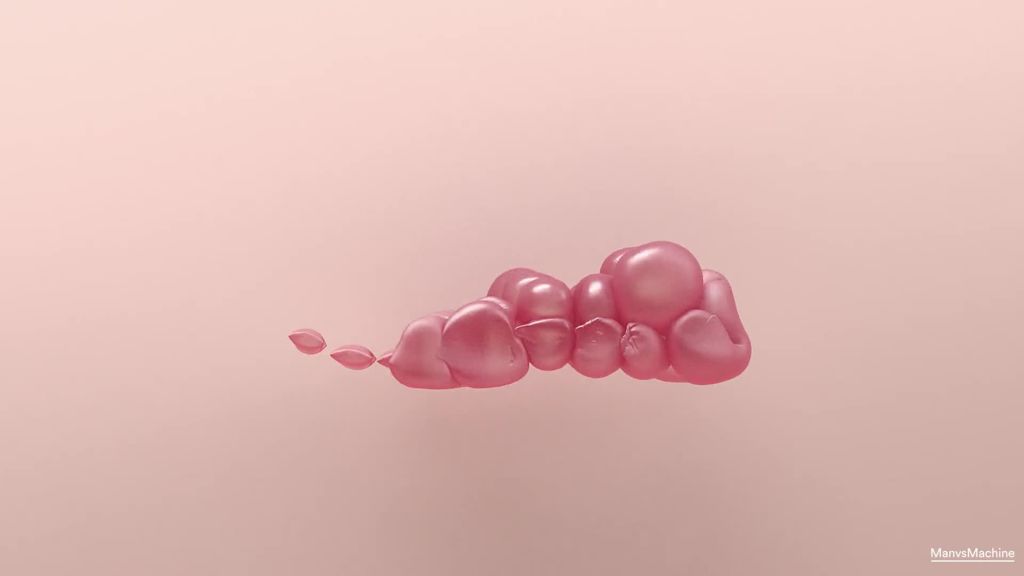 Please share 3-4 pieces of work that you think best embodies excellence in your profession, and explain why.

The Nike AM17 AirMax ad [above] from 2017 is still one of my favorite motion design pieces ever. Four years later, and I still find myself constantly referencing it. Man vs. Machine produced this and it is a mix of a lot of the elements that make motion design exciting: the animation, composition, render quality and impeccable edit and music timing.

It is a mix of clever and interesting animation as well as the approach where they are finding interest in something procedural. There is a lot of interaction between these elements. It really is a case study in great motion design. The entire thing is a rendered animation experiment and it is beautiful.

If you had to explain what motion design is to someone who wasn't familiar with the medium, [Microsoft Yammer] would answer that question for you.

Awaken Akira [below], an experimental piece by Ash Thorp and Xiaolin Zeng, is a fantastic example of how passion and vision combine to deliver an amazing piece of motion design. At its core, this is an homage to a classic film, replicating scenes and drawing from the aesthetic of Akira to create an engaging tease of a narrative from disparate imagery. But the shots themselves, the lighting, the compositions they achieve from that starting point, become something more than a simple recreation. Combined with remixed music from the film and a fast-paced edit, the final result stands on its own.

Microsoft Yammer [below] by Tendril is a master class in effective motion design. If you had to explain what motion design is to someone who wasn't familiar with the medium, this piece, along with the other animations they have made for Microsoft in recent years, would answer that question for you.

The use of extremely dialed animation to describe the function of a product while keeping the audience interested and surprised is very effective. When combined with high-quality rendering and dozens of small details to discover, these animations do a better job of getting someone interested in the Windows ecosystem than anything else I've ever seen.

What do you like most about the work that you do?

The main aspect of what we do is problem-solving. Regardless of the project and how much groundwork a client has done, there is something missing that we have to solve. We pick up wherever the client left off and sometimes they have barely gotten a foot off the ground and other times it is a largely formed concept.

If you can gain one thing from any project, then it is contributing to your long-term growth as an artist.

I love the process of coming up with that solution, whatever it is, and that moment when you convince the client to jump on board with that creative solution. Sometimes it’s a single technique. Or a few keyframes or a rendering technique. Solving those problems is something that keeps this work fresh and exciting.

What is the process for becoming a motion designer?

There are lots of different ways to do it. The opportunities are everywhere and it's a mix of timing and luck and putting the time and work in yourself. For me, I think probably what got me to this place pretty quickly was finding the opportunity in each and every project that I was able to work on. While not every project is a massive, big-budget project, I think it’s important to find moments for growth and experimentation in order to take a step forward in your personal creative process.

If you can gain one thing from any project, then it is contributing to your long-term growth as an artist. If you continue to find opportunities to step up your game, eventually people will take note and the opportunities will come. I started as an intern doing Photoshop and didn’t even know what motion design was, but by putting in the hard work and bringing enthusiasm, I was able to carve this career path for myself. 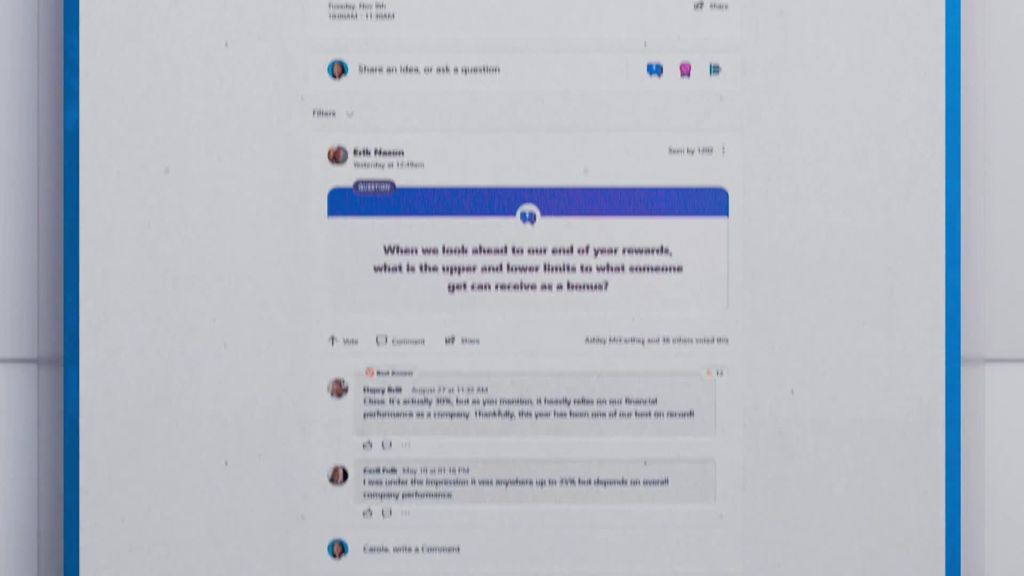 What is one thing all motion designers need?

Being able to find creative inspiration in everything and really get excited by things that you see.  I can find moments of inspiration in little animation experiments or in Instagram posts. That moment of seeing something new that you want to try or find out how something was created sparks a moment of curiosity that leads you to chase the process behind what other people are doing. If you have that, you constantly have something to move towards.

Who was the greatest motion design team of all time? Why?

I have to give it to Buck,  which is also probably the most common answer to this question in the industry. The work that they have put out over the years has set the bar again and again, and I can't think of another studio with as clear a voice and style as Buck. Their work is referenced by clients more often than any other studio by far, whether the client is aware of that or not.

I can't think of another studio with as clear a voice and style as Buck.

Luckily for everyone else in the industry, they have a very specific design philosophy and look that they don't break out of often. I think their success can really be attributed to both their ability to cultivate talent and their focus on achieving very specific aesthetic goals that are then recognised and sought out by clients.

Did you have a mentor? Who was it?

Early on when I first started in the industry, my coworker and good friend Randall Smith served as a mentor while I was learning the ropes. We worked together at my first job and he was super helpful in putting in a word for me to ultimately land a job alongside him at what is now ATKPLN, but was then Reel FX’s commercial group.

I come from an illustration foundation and he is much more technically minded, so over the years, it has been beneficial to be able to come together with a shared passion for the industry, but contribute different points of view to our conversations and overall growth. In the time I’ve known him, he has really helped to broaden my perspectives and he was really instrumental in getting me to where I am today.

Who’s the next motion designer to watch out for?

Hard to pin down one specific one. There are very few cases of our industry having rockstar anything. It gets so niche that having one rise to the very top is rare.

High schoolers now have access to the tools that would be used by Hollywood studios.

The next thing to watch for is a new generation of motion design and changes in how it is being made and how it is being shared. The tools for motion design in my career have gone from something that was difficult to get your hands on as an individual to something that is freely available and completely democratized. High schoolers now have access to the tools that would be used by Hollywood studios. With GPU rendering, you don’t need render farms and even if you do you can rent them from Google--you don’t need your own hardware anymore. The tools have become more accessible, so it’s really about what you can imagine and what you can do with it.

The move towards real-time, game engine-based work is going to be huge. We are going to see a massive transition to things that are programmatic and interactive. Very soon, we won’t be relying on rendering and finishing a piece like we used to. Real-time tools are getting to the fidelity and quality level of pre-rendered approaches. Those two approaches will continue to mix and blend to a point where eventually you won’t know where those edges are.

Vetor Lab multimedia director Luiz Evandro cites some space-based contemporaries as objects of admiration and explains how Michel Gondry mastered transmedia before the term was even coined.

On My Radar: Ed Kevill-Davies

Ed Kevill-Davies, Animation Director and Motion Designer at Coffee & TV, celebrates seeing a 'blockbuster with brains' and the inspiration of Instagram, as he reveals what's on his creative radar.

We caught up with The-Artery's Director/Creative Director Uri Schutzer to chat about music video special effects, a dream collaboration and the Israeli version of Destiny’s Child.

Work Editorial's Hasani Franke tells us why The Leftovers could be perfect storytelling, how Walter Murchmight might just be the greatest editor of all time, and knowing the right moment to hit the spacebar for someone else. 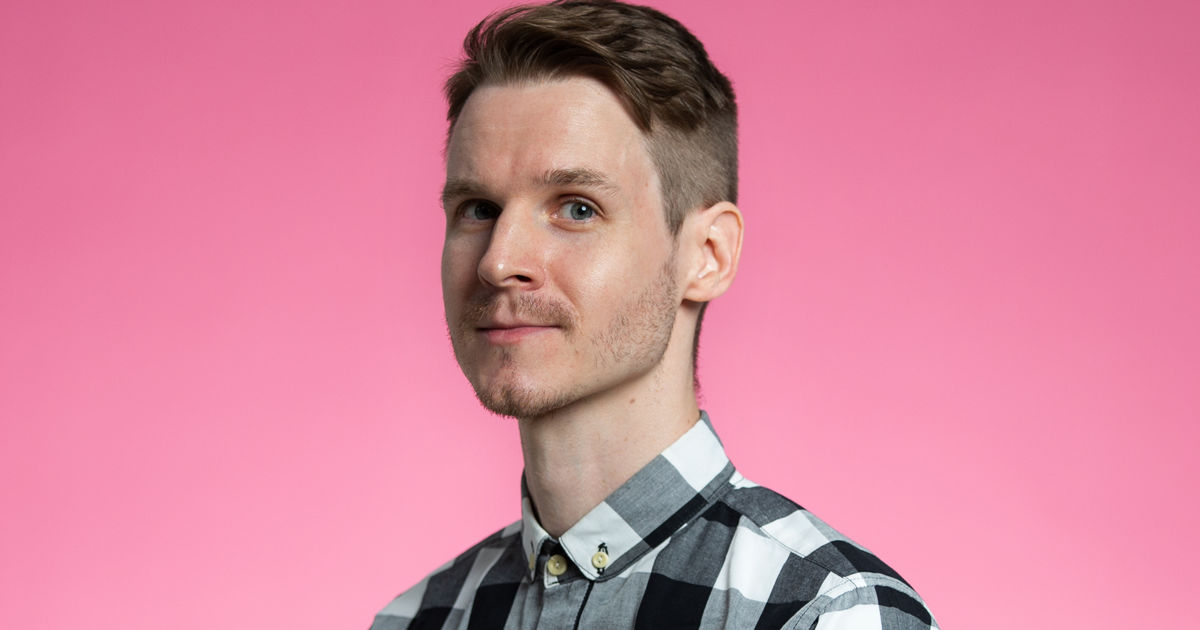 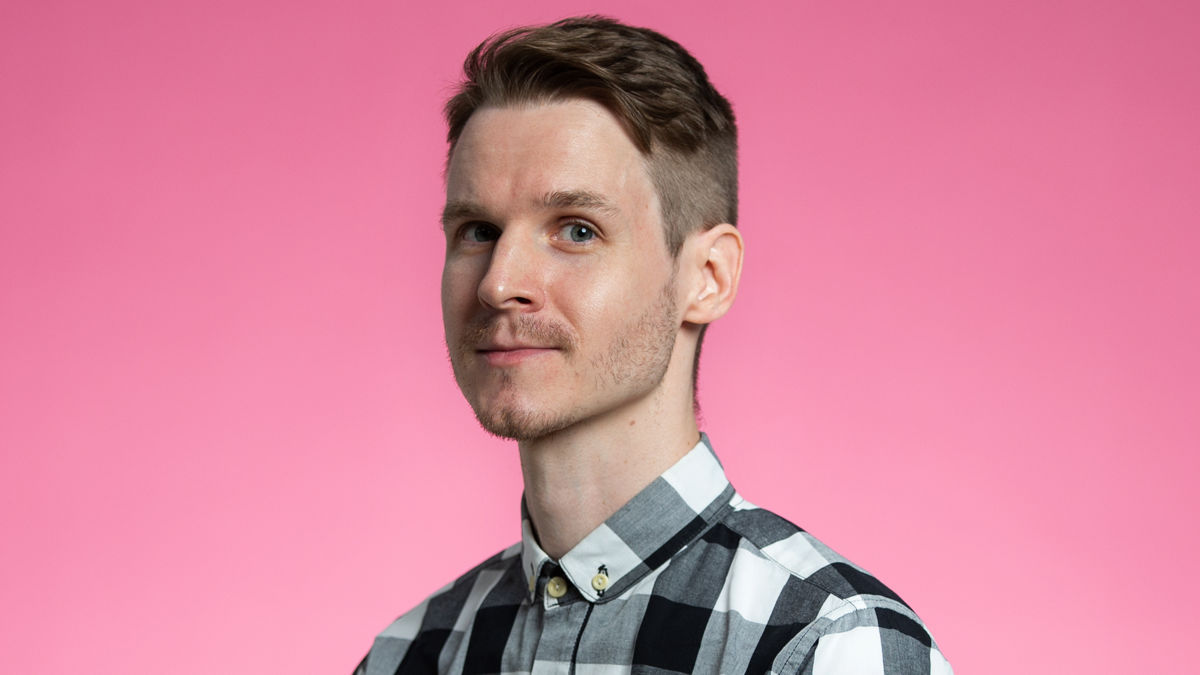